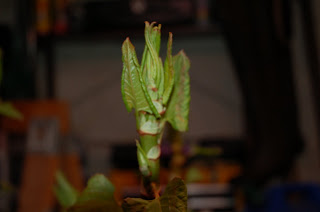 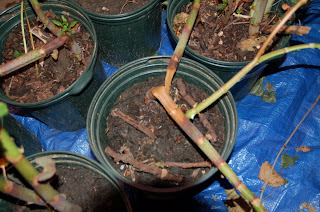 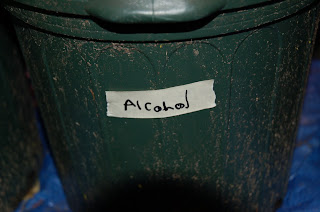 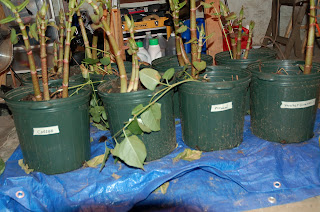 *may grow in a wide variety of habitats and soil conditions

Problem: Japanese Knotweed is a highly invasive species, which threatens to out compete many native plant species in the eco-systems of North America. Invasive infestations such as that of Japanese Knotweed are extremely disruptive to the natural rhythms of both flora and fauna of a given habitat. This is why controlling Japanese Knotweed has been made a priority by most conservation efforts in areas where it is present.

Thus far herbicides have proven to be the only effective treatment for killing this plant and ensuring that it does not come back to re-inhabit the same given location. Due to the extensive root system, which if left even partly intact will cause the plant to re-sprout with greater vigor. Cutting, burning, and even manual extraction of each individual plant often prove to be ineffective. The herbicides used in treating Knotweed are not unlike household weed killers such as Roundup®. These herbicides are designed to have minimal environmental impact but still are discouraged by environmentalists due to potential for soil and water table contamination. The goal of this experiment is to find a cheap, accessible, and environmentally friendly alternative to the herbicides on the market.

Step 2: Establish 2 control specimens. One to remain untreated and left to grow, and the other to be treated by a commercial herbicide that ensures Knotweed mortality.

Step 3: Treat remaining 6 plants with three spray applications to the foliage and a single injection at the base of the stalk, within a 24-hour period, of various common substances and substance mixtures that prove likely to discourage growth and possibly kill the plant.

Step 4: Observe plants daily over the following days and weeks to record results.

Known to kill foliage by dehydration. This puts stress on the plant as a whole.

Glucose is the product of photosynthesis and a plants primary source of life energy. In animals the introduction of unnatural levels of many hormones and chemicals (including sugars) can disrupt the organisms ability to produce these crucial chemicals naturally. The introduction of high levels of foreign glucose may disrupt the plants ability to produce glucose naturally.

Coffee contains a multitude of stimulants and other chemicals. One of these compounds is dimethyl-xanthine, which has been shown to inhibit the production of cytokinin, which is crucial to root growth and cell development. This chemical may attack the roots as well as the foliage.

This salt very hydrophilic and likely to absorb water from foliage and stem. May hinder transferal of water from roots to foliage.

This is a common fungus also known as “root rot”. It decays roots that are in wet or saturated soil causing plants roots o rot thus killing the entire plant. This fungus is aggressive and seen as a worldwide threat to plant life. If injected into knotweed stems this fungus may selectively kill the target plant with out threatening neighboring plants.

Vinegar is acidic and will kill foliage and stalks. Apart from stressing the plant above ground the low ph may also kill roots if absorbed from soil.

Roundup will likely produce the only complete fatality. Magnesium sulfate, vinegar, and alcohol will damage the plant above the root-line to some extent. Glucose and Phytophthora Cinnamomi will likely not produce results in the allotted 9 days but may over time hinder plant growth.

Vinegar and brewed coffee proved to be fatal when applied to Japanese knotweed. Roundup and Alcohol caused minor damage to stalks and foliage. The remaining plants actually grew a significant amount thus demonstrating that they are perfectly healthy.

The data shown proves my hypothesis to be mostly incorrect. The commercial treatment for Japanese Knotweed (Roundup) did not kill its host plant. Vinegar and coffee proved to be far more effective then the herbicide option in killing this weed. The vinegar’s acidity appeared to overwhelm the plant so quickly that the roots system may also have been stressed. It appears likely that the coffee did what was predicted. It attacked the root system causing the entire plant to die.

It was surprising to find the specimen treated with Roundup to still be alive after nine days. Its growth was clearly inhibited and its foliage did show signs of stress. This plant may be hearty enough to resist the herbicide. The abrasive properties of the alcohol likely caused the damage to the foliage thus stressing the plant enough to prevent further growth.

In spite of my hypotheses on the other treatment, they did little to harm the plants. The remaining specimens grew uninhibited through ought the remaining days.